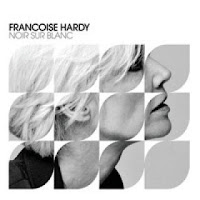 The new Françoise Hardy album, out March 29, sports songs written by Calogero (new single Noir sur blanc), La Grande Sophie and Arthur H. But the title track was written by none other than FillesSourires-friend Fouxi. Posted that song a year ago on this blog (see?), but it's time for a re-up. Fouxi told me a while back that Hardy was thinking of covering her song, and now she named her album after it too! Top that! Curious about the Hardy-version, and the rest of the album. Hope it's better than the mixed bag that duet-album Parentheses was.